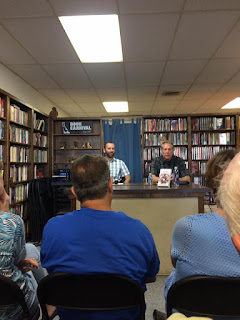 It's been an eventful spring and early summer of 2016. I kicked things off with a book signing at the Book Carnival in Orange back in April, along with steampunk legend James P. Blaylock. The event was well attended and my trip back down to southern California afforded me the opportunity to meet up with family and the crew from my writing group, The Biscuits. 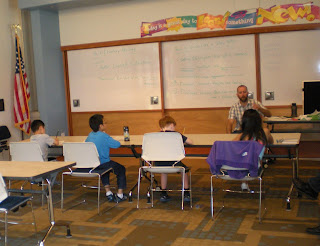 Next, I conducted a sci-fi and fantasy writing workshop for kids here in my new hometown of San Leandro, at the Manor Library. The young attendees were super-attentive and excited to write their own stories. Their enthusiasm reminded me why I enjoyed teaching in the classroom for so long. 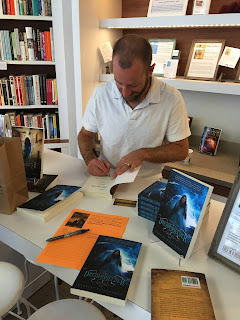 Most recently, I returned to the county where I attended high school and did a book signing at Face in a Book in El Dorado Hills. I had a lot of family and friends attend, and met some new fans, which was great. Authors James L'Etoile and M. Todd Gallowglas also stopped by, and it was wonderful getting to catch up with the both of them. A big thanks to Jim also for sharing some photos, two of which I've shared here.

Next up for me is a trip to Portland, Oregon for Westercon. I won't be participating in any panels or readings at this convention, so it'll be nice to just relax and watch other writers talk this time around. 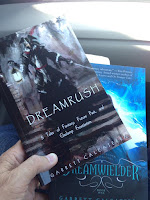 In other news, my collection of short work, Dreamrush, officially releases next week (July 5, 2016). I'll be sure to do a new post on launch day. In the interim of all this, I've slowly continued on with the prep work for my new fantasy novel involving prehistoric creatures, and I'm also tinkering with a rough outline for the third (and final) Dreamwielder book. Once I get back from Westercon, it'll be full-on writing time.