It's been a whirlwind couple of weeks for me, and there's no respite in the near future, so here's a quick update on everything Dreamwielder related.


-Garrett Calcaterra
Posted by Unknown at 8:49:00 PM No comments:

Here it is, the new cover for Dreamwielder! 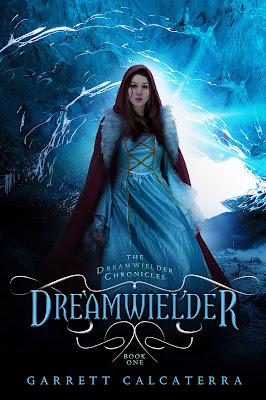 While I very much liked the original cover for Dreamwielder, I'm excited to have Makarria on the front of the new edition, and it's fitting to have a new cover at this time since the first book is expanding into a series. I should have a cover reveal for Book Two, Souldrifter, in the coming month, and Souldrifter itself will be released in late September. I'm not certain yet when the new edition of Dreamwielder will be hitting retailers, but I'll be sure to add an update below as soon as I know for certain.

In the meantime, I'm very excited to be hosting a book club reading of Dreamwielder on Wattpad, beginning this Friday (September 10). If you don't have one already, sign up for a free Wattpad account and you can read the entirety of Dreamwielder for free and discuss it with other fans.

-Garrett Calcaterra
Posted by Unknown at 8:40:00 AM No comments:

With the impending release of the second book in my Dreamwielder Chronicles, Souldrifter, on top of a new edition of book one, Dreamwielder, I say it’s high time for an old-fashioned book giveaway. All you have to do is sign-up for the mailing list on my website www.garrettcalcaterra.com and you’ll be automatically entered. Simple as that (and I promise not to spam you or sell your email addy for nefarious purposes). 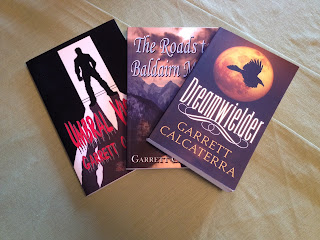 One entrant will win a grand prize package that includes paperback copies of Dreamwielder and my back titles, Umbral Visions and The Roads to Baldairn Motte, as well as an advanced reading copy of Souldrifter in e-book format (just as soon as I have it in my hands). In addition, two runner-up winners will win e-book copies of Dreamwielder and my novellas The Knight’s Dog and Page Fault. All winners will be selected randomly—no shenanigans, I swear!