As an emerging author, I’m always looking for unique ways to get my work out there and connect with new readers, so when author John Fox, a good friend of mine, mentioned that he had worked with student interns to help him with his popular writing website, Bookfox, the gears started spinning in my head. After contemplating the idea for a while, I decided to bring on an intern of my own to work with me as a writing assistant.

As luck would have it, Jayna Bosse, the applicant who ended up being the most qualified and enthusiastic, is a student at the Orange County School of Arts (OCSA) Creative Writing Conservatory, a high school writing program that was founded by author James P. Blaylock and brags Tim Powers as a master teacher. And oh yeah, and I used to teach there, too (although I left before Jayna became a student there).

In speaking to her during the interview process, I could tell right away that Jayna and I were on the same page. She’s already a strong writer, has great ideas, and is enthusiastic to learn more. In addition to helping me with the business end of my writing, she’ll also be writing here on this blog. With that in mind, she was kind enough to share some thoughts about herself in the way of an introduction to readers.


GC: So Jayna, when I was there teaching at OCSA, students in the Creative Writing Conservatory really embraced sci-fi, fantasy, and geek culture in general. Have things changed much, or is there still a healthy love for SF/F among students?

JB: There is definitely still a strong pull towards the culture by a majority of the conservatory. In fact, we have several classes based specifically on the sci-fi genre. One class I took that was particularly interesting was Women in Sci-Fi. The only change that there might be with the conservatory now is more of a sway towards gaming as well. A considerable amount of the CW conservatory participates in some sort of fantasy game, too.

GC: Nice. So why did you choose to go into the creative writing conservatory? What sort of stuff do you like to write?

JB: I originally chose to enter because in middle school I just wrote constantly. I'd write essays for myself and submit to any writing competition I could get my hands on, which eventually led to me holding some pretty high state titles. My parents had heard of OCSA and said I could go find other people who like to write as much as I do and I could learn way more about the craft. Personally, I enjoy any type of screenplay or short story. As for genre of writing, I'm comfortable in any and all! Commercial writing is also one I find pretty entertaining.

GC: What are your post-high school goals? Planning on going to college? Have a career in mind already?

JB: My plan after high school is to attend a 4-year college (NYU or Berkeley preferably) and major in journalism. I've always found something fascinating about journalism and would really love to pursue that. But my plans have constantly changed throughout the years, so I wouldn't be surprised if they changed again before graduation!

GC: Yep, they probably will, but it's a great plan for now. What are your favorite SF/F books? 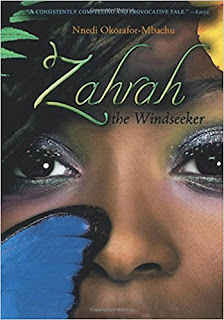 JB: Some of my favorites would have to be Zahrah the Windseeker and a cliche but a classic, Frankenstein.

GC: Other favorite books or authors outside the genres of SF/F?

JB: I'm really into Sylvia Plath, and Jane Austen is always a favorite. Not to mention Edgar A.P., but who doesn't like his work!

GC: I certainly don’t dislike his work. Okay, good stuff. Last question! Us writer types tend to get typecast as bookworms who never leave the house, but there's usually a whole lot more to us. What's something about you that your classmates might not know about, or that readers here might be surprised to know? Are you secretly a NASA test pilot? Or maybe a blackbelt in jujitsu?

JB: I wish I could say that I was a NASA test pilot, my gosh! Something people probably wouldn't know is that I was a sponsored surfer for several years and in my early life (well, earlier than now I guess). I also acted quite a bit and actually worked with some pretty big people like Jennifer Aniston, Will Ferrell, and Brad Pitt just to name a few.

GC: Well those are both pretty cool things. Thanks so much for taking the time to chat. I’m looking forward to working with  you!