My Torrid Affair with Writing Erotica 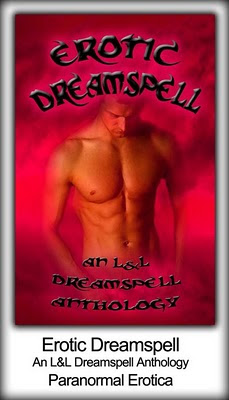 One of my favorite stories that I’ve ever written, “The Sway of the Dead,” has just come out in a new anthology at long last. But here’s the thing: it’s been released in an erotica anthology, Erotic Dreamspell. Anyone who has followed my writing career at least casually knows that this is not the first story I’ve written that’s come out in an erotica collection. In fact, if you type in my name at Amazon, three of the four titles that come up are erotica books. I’d argue that this is a gross miscategorization of the scope of my writing, and yet I’m not at all abashed to be included in the erotica genre—perhaps foolishly.
99.9% of what I write is not erotica at all. I write horror, sci-fi, fantasy, literary, and humorous fiction. I’ve even written children’s stories. I take pride in being able to write for different audiences, and no matter what I write, I always aim to explore some aspect of human conflict. Sometimes that conflict involves sex and sexuality. I hate to break it to all the prudes out there, but sex is part of being human. We make love, we fuck, we fantasize, we lust, we masturbate. All those experiences and emotions make up a huge part of the human experience. How can we not write and read about sex? It’s not smut, it’s not erotica just because there is an element of sex in a piece of fiction. My aforementioned story, “The Sway of the Dead,” is a violent dystopian zombie story. First and foremost it is a warning tale about getting caught up in the middle-class consumer rat race. The two heroes in the story have sex. The scene is not explicit, but it doesn’t dance around the deed either. It is what it is. Whether because of the unabashed sex, social critique, or the violence, this story riled up almost every magazine editor I sent it to. Most made personal written comments about how much they disliked the story, how reprehensible it was, and how inappropriate it was. It took the editor of an erotica anthology to read it with an open mind and see the story for what it is. That’s just one of the reasons I don’t shy away from the erotica label.
#
Read more »
Posted by Unknown at 7:19:00 PM 1 comment: