Mutterings at 3 AM after ten days straight of writing...

Well, I gave it one hell of an effort (as far as these things are quantifiable). I had hoped to finish the first draft of my novel, Dreamwielder, during this week off from teaching, but it turns out my novel is going to be a good deal longer than I anticipated. I wrote every day, including three excessively long binge sessions (two of which were matched minute for minute by my buddy Eric Tryon), and cranked out an impressive 36,000 words in ten days. It's not quite Stephen King numbers, but pretty good for me. Especially considering the novel was only sitting at 39,193 words when I picked it up last Friday. It's even more impressive considering I only wrote forty some thousand words of new original material in all of last year combined. The current running total for my novel is 75,091 words, and I have two more chapter to write... I think.
To be perfectly honest, I think the last few chapter are rushed, and I will probably go back to the beginning of the novel to run through the entirety of it before writing the finale. It's a little disappointing to not be finished, but I can't be sad. I'm close, and there was always much work to be done in the revision phase anyhow.
So, that's that. I'll have more news soon, but I'm a bit too delirious at the moment. I'll just say that it looks as if everyone's votes have put my story "The Key Ring" into first place for the Preditors & Editors reader's poll for best horror short story, and also put my story "The Missionary" in contention for print publication in Golden Visions. Thank you all so much for your support and votes. I'll let you know more soon enough when I hear the official voting results, and I will also update everyone on the This Book is Sh*t! project.
Until then... here's me passing out.
-Garrett Calcaterra
Posted by Unknown at 2:57:00 AM No comments:

Email ThisBlogThis!Share to TwitterShare to FacebookShare to Pinterest
Labels: Dreamwielder, The Key Ring, This Book is Sh*t

I need your votes! 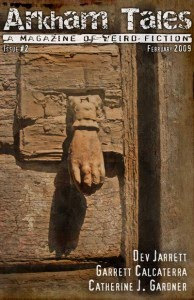 I'm not usually such a big cheerleader for myself, but my novella "The Key Ring" is in the running for the Preditors & Editors award for best horror short story. It's a reader's poll, so that means readers decide by voting.
So give me a V! Give me an O! Give me a T! Give me an E! Vote, vote, vote! I'm looking to package "The Key Ring" with my novella "The Shadow" as a stand alone book, and winning this award would certainly make publishers take more notice, so spread the word. Pwetty pwease?
You can vote here (scroll down to "K" for "Key Ring"):
http://www.critters.org/predpoll/shortstoryh.shtml
And incidentally, Arkham Tales, the publisher, just got bought out by Leucrota Press, so the story has moved to a new website. You can find "The Key Ring" in Issue #2, downloadable here:
http://arkhamtales.leucrotapress.com/?page_id=245
Thanks!
-Garrett Calcaterra
Posted by Unknown at 11:16:00 AM No comments:

Email ThisBlogThis!Share to TwitterShare to FacebookShare to Pinterest
Labels: The Key Ring

Here's my 2009 Writing Totals
New short stories, non-fiction articles, and screenplay shorts written: 7
New Chapters for Dreamwielder written: 9
Total word count of new writing: 45,500
Short story and non-fiction article submissions sent out: 105
Acceptances: 6 (2 print, 4 on-line)
Number of hair-brain ideas scrapped before coming to fruition: 4,359 (estimated)
Dollars spent on liquor and beer: I don't want to know
All in all, a sub par year. I blew by my self-imposed deadline for finishing Dreamwielder and have failed to keep up pace with a highly successful 2008 in which I wrote, submitted, and published way more.
I bid you good day, 2009! Here's to a better 2010 for everyone.
-Garrett Calcaterra
Posted by Unknown at 10:47:00 PM 3 comments: