I’m not much for resolutions, but it is nice to reflect upon the past year in order to recalibrate your goals going forward, so here’s my 2013 year in review. It was a big year for me, one in which I’ve hit a few stumbling blocks and learned a lot about the business of being a writer. 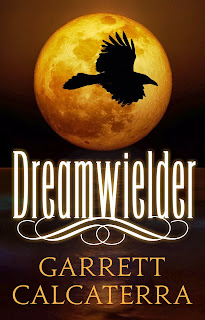 The publication of my debut, standalone fantasy novel was the big story for me in 2013(and a huge step forward in my career). After much deliberation with my agent about the wisdom of signing with an e-book first publisher, we inked a deal with Diversion Books at the end of 2012, and it paid off. The first couple of months in 2013 were devoted to working with my editor at Diversion to get the book ready for publication. The book was released in e-book format on March 5 and was promptly picked up as a Nook First selection at BarnesAndNoble.com. In May, the audiobook version was released by Audible.com. To date, while not setting the fantasy world on fire, the book has sold well and garnered positive reviews, including these two here and here, although I did get this puzzlingly mediocre review in Tales of the Talisman. If I continue to post improving sales numbers, we’ll hopefully be able to offer the book in print.

Short Fiction Not so Much

I followed up the release of Dreamwielder by releasing a prequel short story, Wulfram, exclusively through Wattpad, a very cool online community/app that offers free e-books. Apart from that, I only had one short story published in 2013, a flash fiction piece in the cool print mag Empirical that, alas, has already gone tits up. I didn’t do much in the way of writing any short fiction either. I wrote a handful of very short flash fiction pieces and then one novelette, which I’m still shopping around, but all in all this has been my least productive year with short stories as a professional writer.

Novels in Progress
The fiction writing I did do was on my two novels-in-progress, a near future cli-fi novel called Remember the Future, and a sequel to Dreamwielder, tentatively titled Skinwielder. I didn’t make nearly as much progress on either as I hoped, and that’s my biggest disappointment of 2013, although hardly the only one… 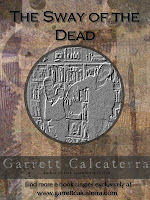 Early in the year I worked with my web designer to launch an e-book single store on my website. The idea was to offer cheap, DRM-free e-books to readers, directly from my website, bypassing the middlemen (i.e. Amazon, iTunes, B&N, Kobo). Well, it turns out, people like the convenience of the middlemen and short stories still don’t sell, even with the e-book revolution. I was able to give away a paltry few e-books for free thanks to a plug from Regan Wolfrom and SF Signal, but after about 10 months of nothing, I pulled the plug on the e-book store.

Over the summer, author Ahimsa Kerp and I tried our hand at funding an interactive e-book project through Kickstarter. The project, titled Mettlefetchers, bombed horribly. We were a bit surprised by the total lack of interest, but that is the way of crowdsourcing and the Mettlefetchers project was shelved.

My third big 2013 fail was my first stab at NaNoWriMo. I was hoping to hit 50K words for the month to take a big bite out of Skinwielder. I didn’t even hit 12K words. Yikes!

You don’t succeed as a writer without a healthy dose of failure. I learned that early on in my career, and I made sure to take what I could from my failed endeavors. Since my personal e-book store bombed, I figured I’d join the ranks of authors who’ve self-released e-book titles. I self-published my novelette The Knight’s Dog, and then resurrected and self-published A Good Brew is Hard to Find, the old html choose-your-own-adventure story Ahimsa Kerp and I wrote years ago (and the project which inspired the Mettlefetchers idea). And while I sucked it at NaNoWriMo, 12K new words is still 12K words—we’re talking about more than a tenth of the projected total of 100K words for the entire novel, so that’s something at least.

Non-fiction on the Rise
Following the release of Dreamwielder, I was in for a rude awakening. By sequestering myself in my office for so long to focus on writing novels, I’d sort of lost touch with the SF/F community. This meant readers didn’t know my name, and I had a hard time getting more book reviews for Dreamwielder. This realization motivated me to get back out there, and I was fortunate enough to land several guest posts with the excellent SF Signal (which, incidentally, was one the #7 guest post on the site), Black Gate, and Inkpunks.

In addition, it was my most successful year here on my blog. My monthly visits far surpassed those of any prior year and I had some really popular posts including 20 Obscure SF/F/H Books Recommended by the Pros, AnAnnotated Bibliography for SF and Climate Change, and interviews with James P.Blaylock and David B. Coe. The most visited post of the year, though, was my extended interview with Patrick Hester.

Finished Off the Year with Two More Books 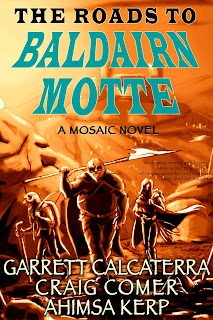 The fall off 2013 was a whirlwind. I moderated a panel at the Big Orange Book Festival, did a book signing at Mysterious Galaxy in Redondo Beach, and then had two more books come out. The first was Code Brown, my humor anthology of essays on poop, a book in which I filled the role of editor and publisher. The second was a new edition of The Roads to BaldairnMotte, which had gone out of print earlier in the year due to the unfortunate passing of one the founders at L&L Dreamspell, our publisher. Reputation Books agreed to re-release the book, and co-authors Craig Comer, Ahimsa Kerp and I completely revamped the entire thing with the help of editor Mary C. Moore. The new edition became available as of January 1, 2014, and we’re all excited to reach a new audience with the unique mosaic fantasy novel.

So that’s it for me. Enough reflecting and back to writing those novels! How was your 2013?