So Thursday is Thanksgiving here in the US, and the day after that is so-called Black Friday. There's no better way to celebrate our national heritage than by glutting ourselves one day, and then being ravenous consumers the next, right? I'm setting the over-under on the number of people that will get trampled to death entering Walmart at a modest 17. Number of injured: 78.

But who am I kidding? I'm out to peddle my own shit to consumers too. The only difference is I'm plugging literature and thought-provoking discussions, which has got to be morally-superior to pushing iPhones, laptops, and all the other gizmos made in Chinese labor-camps/factories. Right? I hope so! Either way, if you're online this Friday, here's what I have going on. I hope you'll stop by one of the AMA chats and say hi! 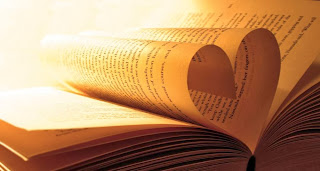 I'm excited to be one of the featured authors for this Facebook-based AMA (which stands for "ask me anything"—apparently "Q&A" sounds too boring for today's savvy Internet goers). I'll be online fielding questions from 1-2 PM EST (10-11 PST), so please stop by and chat. We can talk books, writing, hiking, beer, sports, whatever you want. Click on the pic to go to the Facebook event page. 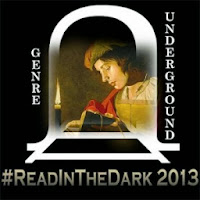 The aforementioned AMA is brought to you in part by the Genre Underground, which is putting on a much larger Black Friday event called #ReadInTheDark. Head on over to their website to sign up for a raffle to win tons of books (including copies of Dreamwielder). In addition, dozens of SF/F/H books will be on sale for 99 cents, including A Good Brew is Hard to Find. On top of all that, the Genre Underground will be hosting another AMA on Reddit and launching #FlashFictionFriday on their own website. Holly smokes. Got all that?

The project previously known as This Book is Sh*t! is finally here. The final product is a collection of thirteen humorous essays and true-life stories about poop. That's right, poop! What else would you expect from me? As far as toilet humor goes, this is about the most literary and high-brow writing you'll find out there. That's right, funny and smart! This is a project I've been working on as editor for several years now, and I'm stoked to finally see it come to fruition in e-book and paperback formats. (I'll provide links once they go live on Amazon and B&N.com.)
Edit: here's the link to the paperback, includes a free download of the Kindle version: Amazon
And here's the Nook version: B&N

If you haven't checked it out yet, please do head on over to Wattpad to read my Dreamwielder prequel, Wulfram, for free. You can either read it online or download the Wattapd app onto your e-reading device. I'll be hanging out there quite often, so feel free to post comments (good or bad!).


I think that's about it. I'm sure I'm forgetting about something, but hell, I'm pooped. I've had to throw in the towel on my NaNoWriMo goals (I at least got a good jump start on the Dreamwielder sequel, so it wasn't a waste). Oh, I know, the new edition of The Roads to Baldairn Motte will be coming out soon, too, and it's very much new and improved. Keep an eye out for a cover release here and on my FB page soon. And that's all I've got to say. I'm gonna go relax with a beer and prepare to gorge myself with turkey tomorrow. Happy Thanksgiving!