I met M. Todd Gallowglas last year at Conjecture Con in San Diego, California. Being a bit of a newbie on the small SFF convention scene, it was great to meet Gallowglas, a guy who was cheerful and welcoming, making me feel right at home. Gallowglas is a frequent attendee and panelist at SFF conventions, and a born storyteller. In fact, he has been a professional storyteller at Renaissance Faires and Medieval Festivals for over twenty years, and he began self-releasing two series of fantasy novels several years ago, to much success. I interviewed Gallowglas for my recent article at Blackgate, and am now excited to release my full interview with him here. 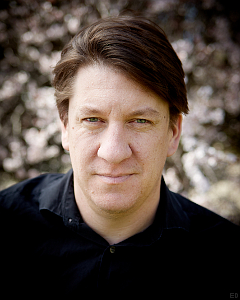 Welcome! Can you describe your writing career up to this point in a nutshell, and don't leave out the part about being a Ren-Faire storyteller!

It’s funny that everyone asks about the storyteller bit, like it’s some secret. My professional writing career came out of my storytelling show, “Bard’s Cloak of Tales.” Let’s see…in a nutshell…A few years ago, I had this storytelling show to help make ends meet while I was seeking a position as an English teacher after having gone back to school to earn my BA in English (with a focus on Creative Writing, of course). My wife and a few friends sent me a couple of articles about this Amanda Hawking chick and John Locke dude, saying they were making a killing selling their self-published books straight to Kindle. I said, “Huh…interesting.” A few months later, I put some stuff up to see if I could make a little extra money by sending people from my show to my ebooks. At the same time I jumped into the self-publishing world, I wrote some Cthulu short stories for Fantasy Flight Games and
one of my stories received an honorable mention from Writers of the Future. After a few months, the ebooks made enough so that I could do print books, and now the books have taken over. I still do the storytelling show, but now it’s just one of the platforms for letting people know about my books.


How do you make ends meet? Do you have a day job or do any side work?

Pretty much everything comes through the writing and storytelling show now days. 2013 has been the year where we’ve transitioned out of me having a “day job.”


That’s great. Here’s to your continued success! So, you've clearly forged your own path as a writer. What's worked well for you in finding an audience for your books? What hasn't? 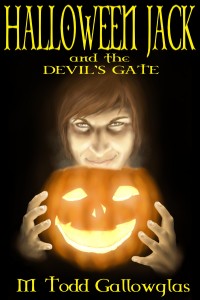 The show is a big part of it. I joke these days that I don’t have a storytelling show anymore, that I have commercials that look a lot like my old storytelling show used to. Really though, the experience I have with doing the show for so many years has taught me to go out where my readers might be.

I go to a lot of conventions. Before getting published I went to one or two a year. Now, I try and get to everyone I can, to get on panels. I think the fannish community is the coolest part about science fiction and fantasy literature. I can’t stress enough how important it is for new and hopeful writers in our genres to come and be an active part of this awesome community. If you show up for the fans, the fans will show up for you.

Now days, there’s a lot of “white noise” and “jazz hands” on the internet from people trying to get anyone with an eReader to buy their book. I’ve had some small success with this, but I think that’s because of my experience at conventions and Ren faires. Rather than spam out everywhere I can, I look for communities of readers. I show up and try to be part of the conversation/community before I even think about talking about my books. People are much more receptive to writers who act like real people and not the book infomercial of the day.


With the publishing world having changed so much over the last decade or so, do you think it's even possible to follow the old-school template for becoming a successful author these days?

I’m not sure what the “old-school” template was. From hearing stories about some of the hugely successful “old-school” writers, many claim a lot of their success was based on luck as anything else. I don’t know how true that is, but I do know that publishing is changing at such a huge pace these days that nothing is certain. What worked six months ago, doesn’t work now, or at least it doesn’t work in quite the same way. I know this has a lot of writers and publishers freaking out to varying degrees. I find it exciting. It’s open game for new ideas. We’re in a place where people can’t say, “Don’t do that; it’s a bad idea,” without looking more than just a little ignorant, because a lot of people are trying and succeeding with ideas that are so far outside the box, that Schrodinger might as well not exist.


What's the storybook ending for your writing career? If your wildest dreams came true, where would you be as an author ten years from now? 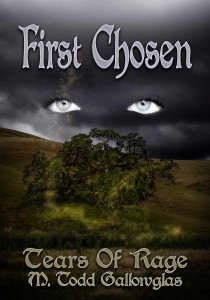 Pretty simple, actually. I’d love to be writing and selling more books. Put my kids through college on royalty checks alone. Go to all the conventions that I’d like. Maybe be a guest of honor somewhere. The really wildest would be a Hugo nomination. That would be cool.

My wildest dreams, the ones that bend the fabric of reality as we see them today, aren’t about me. I’d like to see a change to SFWA that would allow for self-published writers to become members. I’d like to see a self-published category added to the Hugo, Nebula, and World Fantasy awards. We get a lot of flak for having some really bad stuff out there in the self-pub world, but we have some really innovative work as well…some of it better quality than what I’ve seen coming out of traditional publishing. On the other side of that coin, traditional publishing hasn’t always knocked it out of the park.


It's not so easy becoming a successful author. Why do you bother?

Beats a cubicle? I can’t remember a time in my life when I didn’t want to be a writer. I’m stubborn, and I don’t want any of those people from my past who said, “Don’t quit your day job,” to be right.

Mostly though, it’s the same reason I do the storytelling show, and the same reason I will keep doing the storytelling show, even if I make it really big, like Brandon Sanderson, George R.R. Martin, or Pat Rothfuss level of big… I have people who come to my shows, sometimes driving hours out of their way, year after year, to come and see me spin my tales. I see kids’ eyes light up with delight both during my show and afterward when their parents buy them one of my books and I sign it for them. I don’t draw as huge a crowd as some of the flashier acts, like the joust, and I may not have as wide a readership as some other writers, but my fans, both of the show and my books, find joy in the work I produce. They let me know this year after year and book after book. If I decided not to bother, I’d be letting them down. At this point, I don’t think I could bring myself to do that.


That’s awesome. Anything else you want to sound off on?

This is for readers: If you like a writer, any writer, take the time to write a review on Amazon, Goodreads, or just post something like, “Hey, I just read this awesome book,” on Facebook, Twitter, or your preferred social media. More than ever before, we writers depend on word of mouth from our readers to get the word out about our books. Those reviews and shout-outs help more than readers will possibly ever know.

Indeed! Thanks for your time and insights.