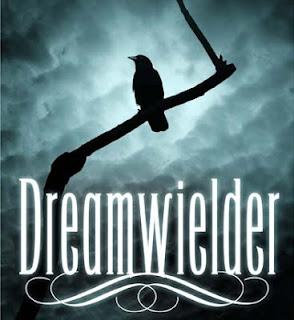 We're one week out from the release of Dreamwielder. To give you a taste of what to expect, I decided to give you a sneak peek at one of the bad guys from the book, perhaps even my favorite character: Wulfram.

The sorcerer Wulfram stooped through the doorway into a small round chamber at the top of the tallest tower in Col Sargoth. A cloak of shadow covered his body from crown to toe, a mottled mantle of black feathers and fur. His body, though shrouded beneath the cloak, was visibly misshapen: his legs were splayed forward and bent at a grotesque angle, his shoulders stooped forward, yet arched above his head, and his head—even hidden beneath his hood of feathers—was too long and too narrow to be completely human.

“What is it?” he growled at the man awaiting him. “Why have you summoned me from my sleep?”

The man wet his lips and swallowed before speaking. He was the most privileged servant in the Sargothian Empire—High Houndkeeper—and he’d been Wulfram’s servant for nearly forty years, and yet he still was terrified by the sorcerer’s presence. “The hound,” he said, pointing to the large contraption in the center of the chamber, “she’s smelled something, Master.”

Wulfram turned his gaze upon the contraption, a copper compass five feet in diameter resting on four gilded legs, each fashioned in the shape of a woman’s calf and foot. The outer ring of the compass was graduated like any normal compass, with 360 equidistant marks, but there the similarity ended. In the center, sprawled out on her back, was a scent-hound: a woman with the snout of a dog. She lay naked upon a copper wheel that rotated on an axle protruding up through her navel, and her outstretched, emaciated limbs were melded into the tarnished green metal, so that it was impossible to tell where flesh ended and wheel began.

Her snout twitched and sniffed at the air, but the wheel remained motionless. Wulfram followed the mark on the wheel extending from the tip of her nose to the outer ring of the compass. “One hundred and forty arc degrees off north. That’s where she was pointing?”

“Thereabouts,” the houndkeeper said. “The scent was weak and it only lasted a few moments. She couldn’t sniff out the exact coordinate.”

“If the scent was so weak, why did you bother waking me?”

Wulfram glared at him, and the High Houndkeeper clamped his mouth shut. “I don’t want an apology, I want an answer. Why did you summon me if the scent was so weak?”

The houndkeeper licked his lips. “Because, Master, the hound, she was whining when she smelled it, and she only whines when she smells one kind of sorcerer: a dreamwielder.”