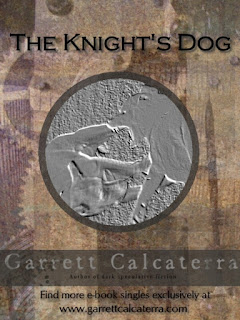 The first complete novel I ever wrote was a high fantasy novel called Praxis of the Gods. It was the thesis project for my MFA degree and it took me a little over two years to write. After getting gobs of critiques and feedback from my thesis committee, I spent the next year or so after graduating completely rewriting the novel. By that point, I was sick of looking at the book and I was a bit burned out on writing fantasy. So, while I started sending off query letters to agents and publishers about the novel, I turned to writing other genres, primarily horror and literary fiction. I wrote my novella, The Shadow, which ended up comprising half of Umbral Visions, and then a dozen or so literary short stories. A few years later I got on a sci-fi kick, going back and reading a bunch of Asimov, Heinlein, Arthur C. Clarke, and Phil Dick, and writing my own sci-fi pieces, including “The Tracer Pilot” and “The Lunar Resort.”

In between all of this, though, I was still reading fantasy off and on. Peter Jackson’s Lord of the Rings films forced me to go back and reread The Hobbit and The Lord of the Rings (because, gawd, I had to reassure myself the books weren’t as aimless as the movies made them out to be), and my friends Ahimsa Kerp and Craig Comer turned me on to George R. R. Martin and A Game of Thrones. Finally, in December of 2006, I realized I needed to get back to writing fantasy. It had been almost four years since I’d finished the rewrite of Praxis of the Gods, two years since I’d given up on getting it published, and I was craving to get back to writing fantasy, my first love.

I went to the bookstore to buy the newest issue of Fantasy & Science Fiction and read it cover to cover to get myself back into the flow of things, and then got to brainstorming, determined to write a story that would get published in that illusive market. I knew I wanted the story to be character driven, and for whatever reason, a dog came to my mind. Probably because I was visiting my parents for the holidays and had my two dogs there with me. I was also having some relationship problems at the time—namely that I wasn’t in one and was beginning to think I’d be alone the rest of my life—and so I tapped into that emotion to write the tale of Dern, a young thief who was literally abandoned and alone, except for a loyal hound he rescues.

The story is very much a coming of age story in which Dern discovers that the tales of chivalry and honor he heard as a boy are nothing but a fairy tale.  It remains to this day one of my favorite stories I’ve written. Sadly, it did not find home with Fantasy & Science Fiction, nor any of the other large, lucrative fantasy magazines. I received a lot of complimentary feedback from editors, but at over 10K words, it was a bit too long for most of them to take a chance on. I had given up on finding a home for it, but then in 2012 I came across a call for submissions for Tales of the Sword. I sent the story to the editor Dorothy Davies, and she promptly accepted it. Five years after first sending it out to magazines, it was nice to have finally found a home for it.

Going back and editing the story again for the new e-book single version, it was interesting to see how the story clearly fits in the progression of my fantasy writing. Praxis of the Gods never got published for a reason—it was too rough, redundant, and really lacked the complex milieu a fantasy novel needs to have. “The Knight’s Dog” created a much more believable and thorough world in a fraction of the page length, and that in part is what gave me the skill-set and confidence to write the sprawling fantasy novel Dreamwielder, which is only a few short months away from being released! In celebration of my newest novel, I’m very happy to release “The Knight’s Dog” for free.

Simply click on this link and use promo code KNIGHT (Nook, iPad, Android) or KNIGHT2 (Kindle)