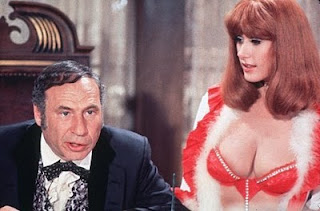 Between working on freelance book editing projects and the start of school, I've been damn busy this last month. In addition to the four creative writing high school classes I teach, I'm teaching two creative non-fiction courses at Chapman University this semester. I've got a great batch of students at both schools, and besides having gobs of papers to grade, I can't complain.
Despite this busyness, I've actually had a productive month on the writing front as well. Two stories I've been shopping around for a while found a home this month and both are available free on-line. The first, “Robbie,” is a sci-fi/horror flash fiction story. You can check it out on The New Flesh.

The second story is a longer sci-fi story called “The Lunar Resort,” and it is now available in Issue #14 of Fusion Fragment. This story is a prequel to “The Tracer Pilot,” a story which appeared in The Oregon Literary Review several years ago.
All three stories are appropriate for general audiences. Apart from some drug usage, murder, angry mobs, and tinges of near-future dystopia, there's hardly anything offensive in any of the stories.
In other writing news, I've been going through and editing the essays I've so far accepted for This Books is Sh*t! I only have a few more pieces to edit. In the meantime, I'm still looking for more submissions and looking for a new agent. Check out the book's Facebook page for more details.
The most exciting development this month, however, is the progress with my book Umbral Visions. I've gotten a first look at the cover art from Chris Turk and it looks great. What's more, the editors of Gyspy Shadow Publishing have already gotten me the edited proof of the manuscript for me to go over. Not sure on the timeline yet, but there's a good chance Umbral Visions will be coming out before The Roads to Baldairn Motte, which is due out in mid 2011.
I think that's about it. I better get going since I've got a lot of work to do to protect my phony baloney jobs. Until next month...
-Garrett Calcaterra
Posted by Unknown at 11:06:00 PM

Email ThisBlogThis!Share to TwitterShare to FacebookShare to Pinterest
Labels: The Roads to Baldairn Motte, This Book is Sh*t, Umbral Visions